Catch up with Ryan “The Pi Guy”

I completed EASY AS PI in the summer of 2005, had just graduated, and was very optimistic to launch my film career by eagerly submitting to several film festivals and broadcasters. My efforts were met with rejection letters soon to follow.   I also headed a 2-day film festival that summer with fellow graduating classmates to publicly show our short films at a small downtown theatre. A good contact coming out of that festival was the Toronto based short film digital channel Movieola, who at the time were looking for student films to broadcast. This was an exciting time for online content as it was way before the boom of YouTube (which only launched in 2005 and was not mainstream) and of course the existence of Netflix. I shared the exciting news with my classmates but unfortunately due to lack of submissions the idea fell flat.

Later that year I hear 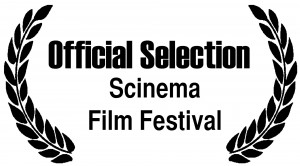 d back from Scinema Film Festival in Australia (who you may have guessed from the name, focus on a science theme). Good news-EASY AS PI became an official selection! Shorts are often paired with longer films and mine was shown with a film called “King of Beer.” I wasn’t able to attend but my DVD made the safe journey to the land down under for my first international screening.

Since making the film I can’t count the number of times my friends and family have forwarded me articles about pi and flooded my facebook page with pi facts and images. I’m also the proud owner of three pi t-shirts and a mug

When I think about it though, its pretty cool to have an adventure I can remember and re-experience each March 14. An excuse to eat pi is also a bonus.