Being Scene at the Gladstone Hotel, Sep-Oct 2015 It was so cool to be part of the juried art show “Being Scene” put on by Workman Arts at the trendy Gladstone Hotel.  My piece titled “Hebrews 12:1″ came from my travels to Joshua Tree National Park in California.  The image came back to me a […] 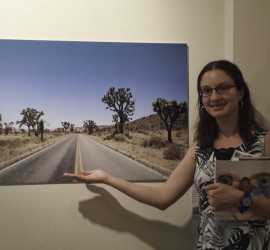 In 2008, a friend told me about the Toronto Distribution company Ouat Media (pronounced “What Media”) who took on his short film, so I contacted them. They turned out to be a partner organization to Movieola and I signed a deal for a three-year non-exclusive contract allowing me to also sell DVDs on the side. […]

Catch up with Ryan “The Pi Guy”   I completed EASY AS PI in the summer of 2005, had just graduated, and was very optimistic to launch my film career by eagerly submitting to several film festivals and broadcasters. My efforts were met with rejection letters soon to follow.   I also headed a 2-day film […]